Welcome to the 2021 Climate Forum 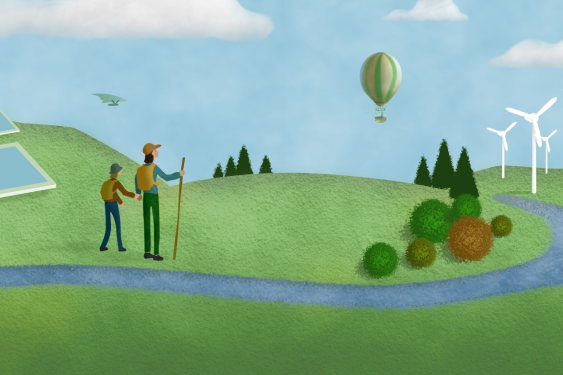 A summer of extreme weather has brought into sharper focus the need for investors to fully understand the risks and opportunities resulting from climate change. In this session, we share the latest research regarding climate systems and trends, and the potential impacts across industry sectors.

Topic
A summer of extreme weather has brought into sharper focus the need for investors to fully understand the risks and opportunities resulting from climate change. In this session, we share the latest research regarding climate systems and trends, and the potential impacts across industry sectors.

Session 2: Global Energy Trends and Innovations for the Future

The worldwide energy sector is going through dramatic shifts in energy demand and energy sources. Our energy and information sectors are merging to form smarter energy systems and more energy-intensive information systems. This session will explore how research and technology innovations can help us prepare for the path ahead.

Topic
The worldwide energy sector is going through dramatic shifts in energy demand and energy sources. Our energy and information sectors are merging to form smarter energy systems and more energy-intensive information systems. This session will explore how research and technology innovations can help us prepare for the path ahead. 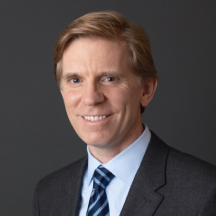 Mr. Bender has been with First Republic since 1999 and managed the Bank’s finance department for over a decade before being appointed Chief Administrative Officer in 2013. He was appointed Chief Operating Officer in 2016 and is responsible for the Bank’s overall operations and technology, as well as strategic planning and secondary loan marketing. He also oversees banking activities in the Orange County and San Diego regions. B.A., 1992, Swarthmore College; M.B.A., 1999, Stanford Graduate School of Business; Harvard Business School Advanced Management Program, 2014. 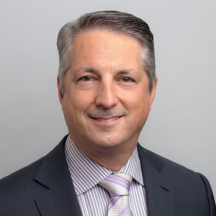 Mr. Wolfe received his Bachelor of Science degree from the University of Rhode Island, and his Master of Business Administration from Columbia University. He holds the Chartered Financial Analyst® designation and is a CERTIFIED FINANCIAL PLANNER™ professional. 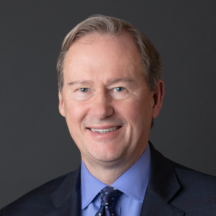 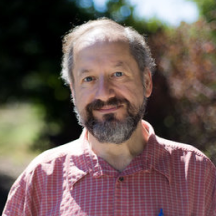 Senior Advisor to the Deans of the Columbia Climate School

Dr. Arthur (Art) Lerner-Lam is a seismologist who has studied and published on the interactions between crust and mantle, the thickness of tectonic plates, the structure of mountain belts and crustal rifts, and active seismicity. He has led scientific expeditions in the Middle East, Europe, Central and South Asia, the Southwest Pacific, and throughout the United States. Over the last 20 years, he has lectured and written widely on natural hazards and society. Lerner-Lam and his colleagues and students have supported the activities of the United Nations, the World Bank, and other international institutions promoting sustainable development in the face of extreme natural hazards.

Lerner-Lam has held Post-doctoral positions at Scripps and the Massachusetts Institute of Technology and has been at Lamont-Doherty since 1985. He has been on numerous scientific advisory committees and editorial boards including as a member of the Federal Scientific Earthquake Studies Advisory Committee for the U.S. Geological Survey, as a consultant to the U.S. Trade and Development Agency, and as a contributing author to the U.N.’s Global Risk Update. He has consulted on environmental and natural hazard resilience for the governments of Haiti, the Dominican Republic, Chile, India, China, Thailand, Turkey, and Venezuela. He has also testified before the U.S. Congress on the nation’s preparedness for natural disasters. 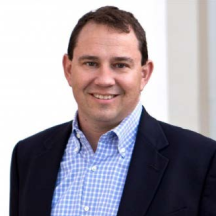 Dr. Michael E. Webber is the Josey Centennial Professor in Energy Resources at the University of Texas at Austin and CTO of Energy Impact Partners, a $1.5 billion cleantech venture fund. From September 2018 to August 2021, Webber was also based in Paris, France where he served as the Chief Science and Technology Officer at ENGIE, a global energy & infrastructure services company. Webber’s expertise spans research and education at the convergence of engineering, policy, and commercialization on topics related to innovation, energy, and the environment. His latest book Power Trip: the Story of Energy was published in 2019 by Basic Books with an award-winning 6-part companion series that aired on PBS, Amazon Prime and iTunes starting Earth Day 2020. His first book, Thirst for Power: Energy, Water and Human Survival, which addresses the connection between earth’s most valuable resources and offers a hopeful approach toward a sustainable future, was published in 2016 by Yale Press and was converted into an hourlong documentary. He was selected as a Fellow of ASME (the American Society of Mechanical Engineers) and as a member of the 4th class of the Presidential Leadership Scholars, which is a leadership training program organized by Presidents George W. Bush and William J. Clinton. Webber has authored more than 400 publications, holds 6 patents, and serves on the advisory board for Scientific American. A successful entrepreneur, Webber was one of three founders in 2015 for an educational technology startup, DISCO Learning Media, which was acquired in 2018. Webber holds a B.S. and B.A. from UT Austin, and M.S. and Ph.D. in mechanical engineering from Stanford University. He was honored as an American Fellow of the German Marshall Fund and an AT&T Industrial Ecology Fellow on four separate occasions by the University of Texas for exceptional teaching. 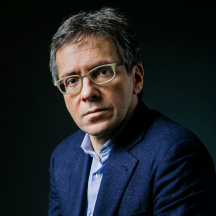 Ian Bremmer is a political scientist who helps business leaders, policy makers, and the general public make sense of the world around them. He is GZERO Media president and founder of Eurasia Group, the world’s leading political risk research and consulting firm, and, a company dedicated to providing intelligent and engaging coverage of international affairs. Ian is an independent voice on critical issues around the globe, offering clearheaded insights through speeches, written commentary, and even satirical puppets (really!).

He is the host of GZERO World with Ian Bremmer, which airs weekly on US national public television. Ian is also a frequent guest on CNN, Fox News, MSNBC, the BBC, Bloomberg, and many others globally.

A prolific writer, Ian is the author of 10 books, including the New York Times bestseller “Us vs Them: The Failure of Globalism” which examines the rise of populism across the world. He also serves as the Foreign Affairs Columnist and Editor at Large for Time magazine. He currently teaches at Columbia University’s School of International and Public Affairs and previously was a professor at New York University.

Find him on Facebook, LinkedIn, and regularly tweeting from @IanBremmer. 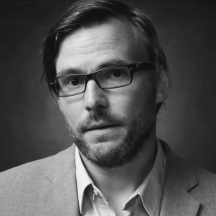 Dr. Radley Horton is a Research Professor at Columbia University’s Lamont-Doherty Earth Observatory. His research focuses on climate extremes, tail risks, climate impacts, and adaptation. He is the Lead Principal Investigator for the NOAA-Regional Integrated Sciences and Assessments-funded Consortium for Climate Risk in the Urban Northeast, and Columbia’s Lead PI for the NSF-funded Megalopolitan Transformation Hub. Radley was a Convening Lead Author for the Third National Climate Assessment and is a member of the New York City Panel on Climate Change. Radley also teaches in Columbia University’s Sustainable Development department. Radley is a leading climate science communicator, appearing regularly on television, radio, and in print. 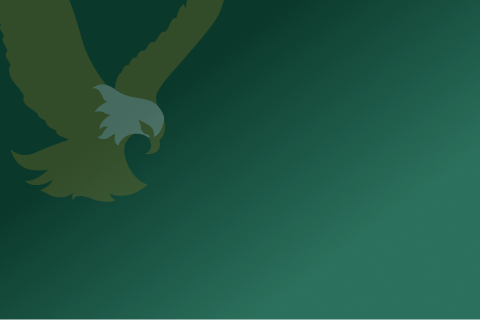 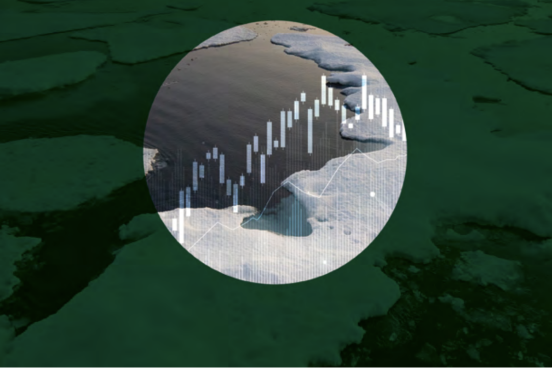 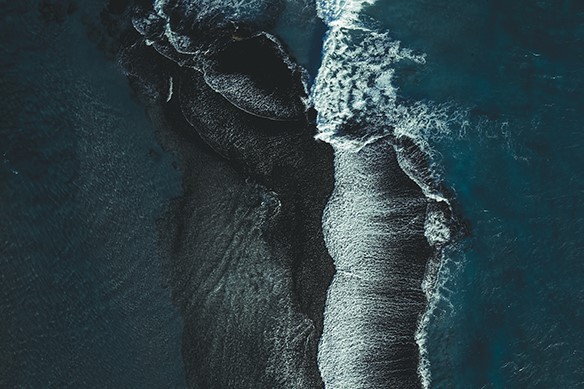 The Impact of Climate Change on Investment Portfolios

Sustainable and Responsible Investing: Aligning Your Values With Your Portfolio

Sustainable and Responsible Investing for Nonprofits: Exploring the Topic With Your Board Members

We look forward to seeing you at the forum.

Investment, Insurance and Advisory Products and Services, and Foreign Exchange Transactions, are Not FDIC Insured or Insured by Any Federal Government Agency, Not a Deposit, Not Bank Guaranteed and May Lose Value.